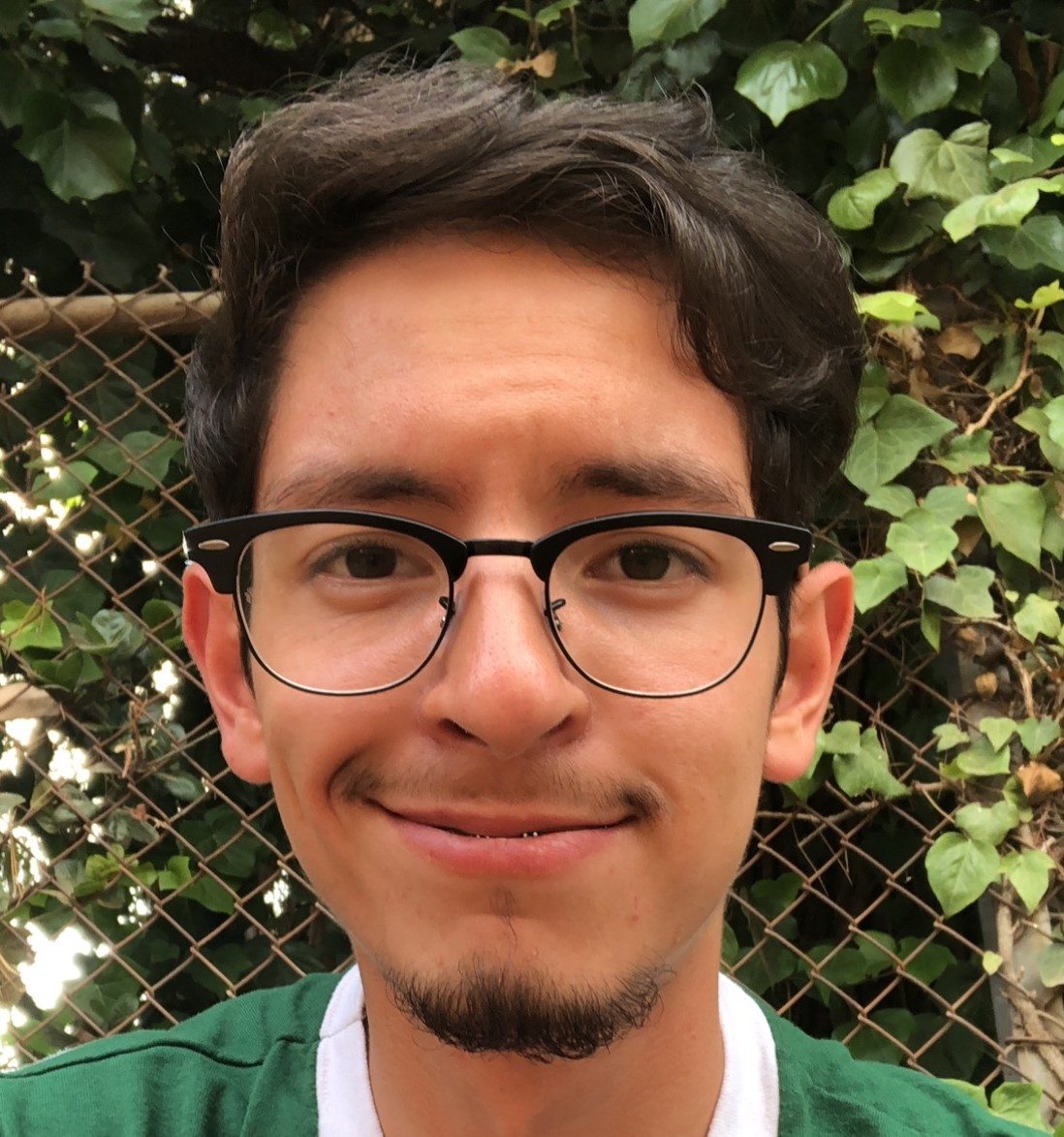 Former Hartnell student Jose Ramirez came to a crossroads in life six years ago as he prepared for enlistment in the U.S. Marines. Although intending to become a communications specialist with an infantry unit, Ramirez opted to begin college instead.

As a result of that choice, he will soon receive national recognition for outstanding undergraduate achievement in chemistry and begin working toward his doctorate at the University of Illinois.

For the recognition, Ramirez can thank a retired IBM chemist, Dr. Jane Frommer, who spent years engaging aspiring students much like him from Hartnell and colleges in the Bay Area. She continues to work as a science advisor for the San Jose-based consulting firm Collabra Inc., specializing in nanotechnology and working with Google in particular. She also remains engaged in activity with the American Chemical Society and other groups to involve the public in science.

An SCI webpage about the medal notes “Dr. Frommer’s approach to bringing chemical awareness to physics and engineering in R&D environments,” including a multiyear assignment from IBM to the University of Basel Physics Institute in the early 1990s, where a team expanded the ability to measure the functional properties of organic thin films using atomic force microscopy.

As part of the medal honor, she will present him with the 2020 Perkin Chemistry Scholar award. The scheduling of this year’s Perkin Medal banquet is pending due to COVID-19.

Although Dr. Frommer hadn’t known Ramirez before, she said she chose him for his promise as an aspiring chemist from Hartnell and his interest in eventually teaching first-generation students like himself, at Hartnell or elsewhere.

“He really stepped up in his commitment to giving back to his community, teaching and serving as a role model for them once he’s finished his education,” Dr. Frommer said, recalling a phone call with Ramirez in April while considering him for the Perkin award.

Aurelio Salazar Jr., president of the Hartnell Community College District Governing Board, said Ramirez’s success is yet another example of what students can achieve with the outstanding education, guidance and real-world experience they receive at Hartnell.

“Jose’s success should make us all very proud,” Salazar said. “It points to both our students’ tremendous potential and their opportunities to excel while at Hartnell and far beyond.”

‘A message’ to reconsider the military

The son of Jose and Elisa Ramirez, Ramirez came very close to following a distinctly different path in the summer of 2014.

“I didn’t do that well in high school,” he said, “so I thought joining the Marines was something for sure for me to do – a six-year job.”

Although he fully intended to become a Marine communications specialist, his “ship date” for basic training was pushed back to October because of an error in his medical paperwork followed by the sudden death of his examining physician.

Ramirez viewed the freak delay as an omen, and there was still time to change his mind.

“I saw that maybe as a kind of flicker, a message that should reveal what I should be doing,” he said.

So instead, he enrolled at Hartnell that August and chose to study chemistry because he had especially enjoyed his chemistry class at Alvarez High, taught by Patricia Alexander.

Ramirez did not realize he was starting a journey that would take him from Hartnell to a bachelor’s degree in chemistry at the University of California, Berkeley, and now into a tuition-paid doctoral program and research in chemistry at the University of Illinois in Urbana-Champaign. He also will benefit from a $5,000 scholarship that comes with the Perkin award from Dr. Frommer. 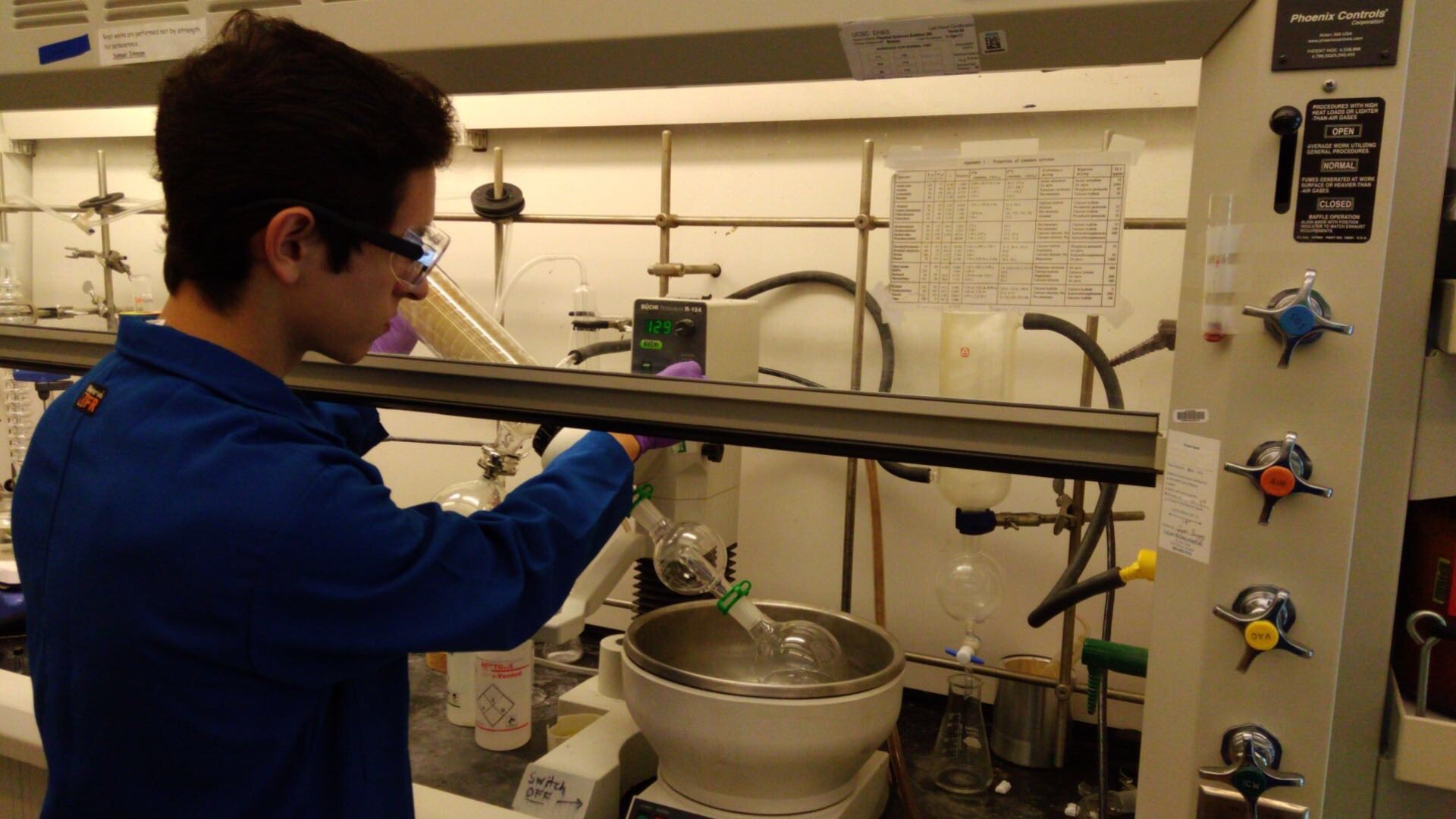 While a student at Hartnell, Ramirez completed two summer internships, first as a Python computer language programmer at the Monterey Bay Aquarium Research Institute (MBARI) and next in the Electrical and Computer Engineering Department at the Naval Postgraduate School.

Through a STEM diversity access program at the University of California, Santa Cruz, he had a third research internship in summer 2017 with Dr. Rebecca Braslau’s research group, exploring safer alternatives to chemical plasticizers now in use by industry.

Ramirez continued his undergraduate research while at UC-Berkeley, including computational chemistry and synthesis of organometallic materials. Also at Berkeley, among other recognition, he was named a Peter E. Haas Public Service Leader, working to encourage other underrepresented and non-traditional college students to pursue a degree in chemistry. He co-founded the UC-Berkeley College of Chemistry’s first diversity organization, ChemUNITY.

Dr. Frommer discovered Ramirez through current and former faculty at Hartnell, whom she got to know a few years ago while hosting groups of underserved STEM (science, technology, engineering and math) students and their instructors for on-site visits and internships at IBM Research’s Almaden lab in San Jose.

Because of her positive experience with Hartnell in the mid-2010s, in particular with Hartnell physics instructor Dr. Sewan Fan, she wanted to give the Perkin award to a Hartnell student, ideally one she had met in interactions between Hartnell and IBM. 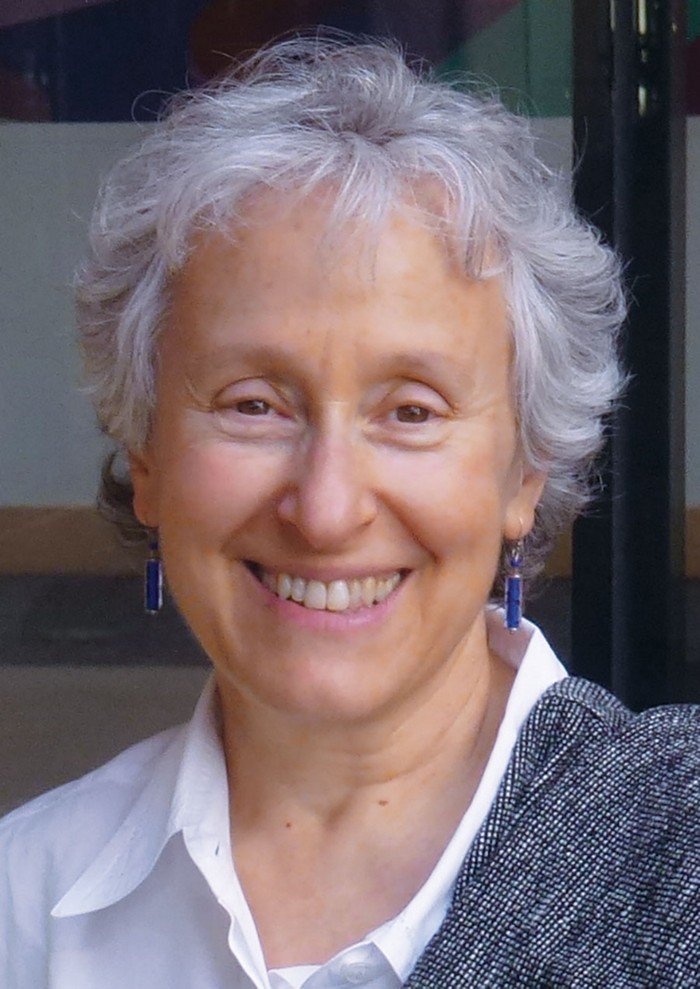 After discovering that none of those students met the Perkin criteria of pursuing a graduate degree in chemistry, she called Dr. Slava Bekker, who previously taught chemistry at Hartnell and is now at American River College in Sacramento. Dr. Bekker told her about several of her former Hartnell students who continued studying chemistry, Ramirez among them.

“Jose is an outstanding chemist,” she said, recalling her former student. “He’s a very good experimentalist. I don’t even know if that’s possible to explain. He has magic hands. He can make things happen that others cannot, even if they try the same [chemical] reaction.”

Dr. Bekker, who has followed Ramirez’s research and seen him in action during scholarly presentations, continued, “We’ve stayed in touch all these years. I feel like he’s a friend and a big part of my life, and I’m really proud of his accomplishments.”

With her glowing recommendation, endorsed by Hartnell STEM dean Dr. Shannon Bliss and Dr. George Matsumoto of MBARI, Dr. Frommer decided to contact Ramirez and get to know him herself.

He recalls her asking him a string of questions – “about what interested me in chemistry in the first place, my experiences at Hartnell as a student during my time there, what professors made the biggest impact on me, my professional experiences by way of internships and undergraduate research positions, my aspirations for the future, etc.”

Dr. Frommer said she was struck by several things, including Ramirez’s computing experience during his first two internships since chemistry and data science are inextricably entwined, the clarity and precision of his curriculum vitae and his interest in someday in teaching.

With a chuckle, she notes that those plans may change over the course of “four, five, six” years of graduate study.

“So much can happen, and he might get swept up by Eli Lilly or Roche, or even Google,” Dr. Frommer said. “That’s fine, and he should keep an open mind.”

Ramirez said he just feels fortunate to have such a clear direction in chemistry, and he is grateful for the “affirming” support he has received from Dr. Bekker and other mentors.

“On top of that,” he said, “what I really liked about Hartnell was having the opportunity for students to have hands-on research experiences. I don’t think I’d be where I’m at now if I didn’t have that excellent experience at the UCSC access program, which I attributed to Hartnell.”

Dr. Frommer said that despite the fateful nature of Ramirez’s route into chemistry, the good fortune of his Perkin Scholarship is far from random.

“Good things happen to good people,” she said, “particularly those who study science and give back to the community.”