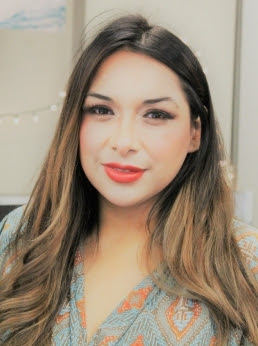 Happy new year! May 2023 bring joy and prosperity to you and yours. I hope you have stayed safe during the recent storms. Our thoughts are with those who have experienced loss and uncertainty as a result of our current weather conditions.

In 2022, we celebrated philanthropy in a very special way. We honored David and Susan Gill and the Tanimura Family Foundation for their love of students and the community. You can read about it below.

Here at the Hartnell College Foundation, we are thankful for your support through MC Gives. More students will receive scholarships this year thanks to your support.

There are a lot of initiatives and events already in the works for 2023, including the WELI Soiree on February 25th and Party IN the Library in May. We invite you to be a part of these events as an attendee or as a sponsor. You can also become a member of our President’s Circle by giving $1,000 per year, and you will receive an array of benefits.

The Hartnell College Foundation’s purpose is to cultivate resources that champion student success and support the College District. I personally invite you to continue to be a part of this purpose this year and to witness transformation in our communities.

The Hartnell College Foundation is happy to honor the Tanimura Family Foundation and David and Susan Gill as exemplary philanthropists in our community. Both were recognized at the National Philanthropy Day for the Central Coast event in November.

The Gills and their heart
Susan and David Gill are from King City and have been generous donors and engaged volunteers for nonprofit organizations for many years. They have changed lives through their support of education, youth development, health, and the arts. David and Susan play many roles in the community – founders, board members, volunteers, major donors, advisors, event chairs, and strategic planners, which is why being recognized as the 2022 Outstanding Philanthropists of the Year for the Central Coast is so fitting for this dynamic couple. The Hartnell College Foundation was honored to nominate them for this award. 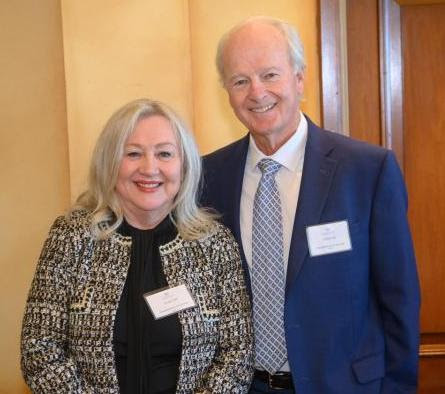 “The Gills exemplify the concept of altruism and philanthropy, serving something greater than yourself, whether it be your community, family, or the world as a whole,” said Jackie Cruz, vice president of advancement and development and executive director for the Hartnell College Foundation. “The deeper purpose in life enriches life itself, and it is a real honor to work with Susan and David to make our community stronger – one student at a time.”

The Gills are get-it-done people and do not seek fanfare or accolades. They lead by example with generosity that inspires others to give. To work with David and Susan is to witness joyful philanthropy in action.

David and Susan Gill have supported the Hartnell College Foundation for 24 years. Their extraordinarily generous lifetime giving to Hartnell has included a broad range of programs, such as seed funds for the King City Education Center and its recent expansion, support of scholarships, athletics, the arts, seed funds for the Agriculture Business, and Technology Center at the Alisal Campus, the Women’s Education and Leadership Institute, and the Foundation’s Party In the Library.

Their contributions extend beyond financial to include their volunteer leadership, service, and fundraising on behalf of the College, which has brought in millions of dollars for students.

David and Susan have both served on the Hartnell College Foundation Board of Directors, for a combined total of 19 years. In these roles, they have provided thoughtful guidance and leadership. Susan was Co-Chair of the successful Hartnell King City Education Center Campaign. The Gills and their friends were the driving force behind this project, which will serve generations to come.

The Hartnell College Foundation’s Party In the Library event would not be the success that it is without Susan Gill. She has played a role in the event since the beginning and chaired or co-chaired for five years. Susan served as the co-chair of Measure T, helping the College secure $167 million dollars to expand higher education and workforce training throughout the Salinas Valley corridor.

David, a recognized leader in the agriculture industry, is the chair of Hartnell’s President’s Agriculture Steering Committee, helping the College work in partnership with the agriculture community. The Gills are involved in every major philanthropic effort in South County, and many are County-wide.

The Tanimura Family Foundation sees community as family
It is said that there are only a few family legacies that have embedded their roots into California’s soil like that of Tanimura & Antle. Since patriarchs George Tanimura and Bob Antle joined together in 1982, the name has risen to one synonymous with innovation, intention, and sustainability. The Tanimura Family Foundation has played an equally vital role in the Central Coast communities through its philanthropy. This made them the natural choice for recognition as the 2022 Outstanding Philanthropic Foundation of the Year for the Central Coast when nominated by the Hartnell College Foundation. 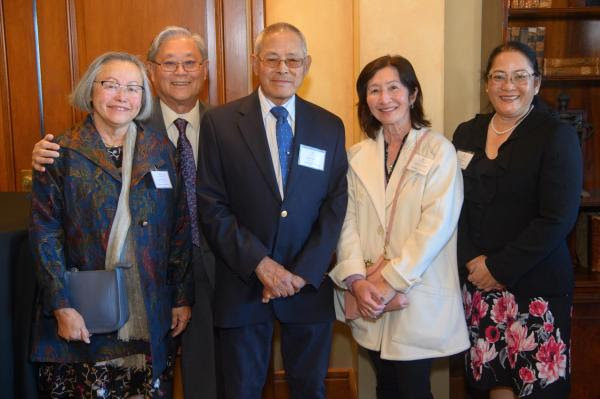 “The Tanimura Family Foundation is an exceptional philanthropic partner. Throughout the years, they have provided vital seed funds for some of the most important and innovative work that exists today for our students and community,” said Cruz. “Their unwavering commitment to education is at the core of their foundation values and we are immensely grateful for their partnership.”

“The mission of the Foundation is to encourage education,” said Kerry Varney, executive director for the Tanimura Family Foundation. “We want to give back to the workforce so their children can get educated and perhaps come back and work for Tanimura & Antle in an administrative position.”

The Tanimura Family Foundation has been a tremendous partner to the Hartnell College Foundation, granting a total of $1.1 million since 2007. It has provided funding for a broad range of programs, including capital support for Hartnell’s Soledad and Castroville campuses, and funding for annual and endowed scholarships, academic programs, internships, and athletics.

In 2007, the Tanimura Family Foundation transformed the ag program at Hartnell College as a founding member of the Ag Steering Committee and the Agricultural Business and Technology Institute housed at the East Alisal Campus. Most recently, their significant support of Hartnell’s two new campuses in Soledad and Castroville will allow the College to serve those communities in perpetuity.

The Foundation supports multiple organizations and programs on the Central Coast. Since 2011, the Tanimura Family Foundation has provided more than $4 million to the local community in the areas of youth, healthcare, education, community development, and human services.

“The Tanimuras are the most generous, kind, loving, down-to-earth, and humble people you will ever meet,” said Varney. “They love to help people.”

The Hartnell College Foundation thanks The Tanimura Family Foundation and Susan and David Gill for their vision and for their heart for our students.

A PLAN WITH A HEART
Explore your options 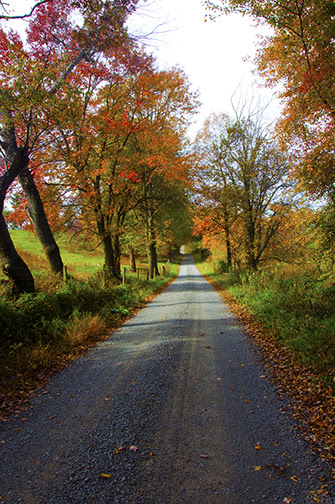 Welcome to a new year! With a new year, we get the opportunity to look ahead at our options for giving.

Don’t feel torn between supporting family and giving to the causes
you are passionate about. Contact us and begin exploring customized planned giving options created just for you and your circumstances. With a little research and some planning, you will be able to leave a legacy that inspires others for years to come.

To learn about your options, contact Director of Philanthropy, Kristine Edmunds at kedmunds@hartnell.edu or call 831-755-6903.

Welcome to a new year! With a new year, we get the opportunity to look ahead at our options for giving.

Don’t feel torn between supporting family and giving to the causes
you are passionate about. Contact us and begin exploring customized planned giving options created just for you and your circumstances. With a little research and some planning, you will be able to leave a legacy that inspires others for years to come.

To learn about your options, contact Director of Philanthropy, Kristine Edmunds at kedmunds@hartnell.edu or call 831-755-6903.

If you are thinking about naming the Hartnell College Foundation in your estate plans, contact our Vice President of Advancement and Development/Executive Director for the Foundation, Jackie Cruz at jcruz@hartnell.edu or call (831) 444-2446 or our Director of Philanthropy, Kristine Edmunds at kedmunds@hartnell.edu or by phone at (831) 755-6903. To make a gift in support of Hartnell students, go to: https://hartnellfoundation.org/donate-now/